Charles Robert "Charlie" Watts (June 2nd, 1941 - August 24, 2021) is an English musician best known as drummer of The Rolling Stones. He has been associated with the ABC&D of Boogie Woogie, the Charlie Watts Tentet, and Blues Incorporated, and various acts with solo artists. In the 1980's, an intoxicated Mick Jagger phoned Watts and asked, "Where's my drummer?" Charlie walked over and punched Mick in the face saying, "Don't ever call me your drummer again, you're my singer!" 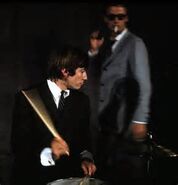 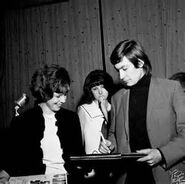